Paul turned 80, but does the daily NYT crossword puzzles in a few minutes, except Saturday, which stumped him this week**. He speaks multiple languages, is an expert woodworker and metal worker, was a sailor and a journalist for the Boston Globe. He interviewed, among others, Henry Kissinger, who would not answer Paul's questions, in the way a politician does, where words come out but the question is not responded to.  He is an expert cook and knows about wines.  He lives mostly in Massachusetts but partly in France.  And he immigrated to the USA.  Lucky for us. I hope that anyone would agree that we want people like Paul if they want to come here. He knows tons about European history. He talked about Cathars and Etruscans. These are only the topics that were evident last week when Susan and I visited Paul and Barbara in their home in Burgundy. 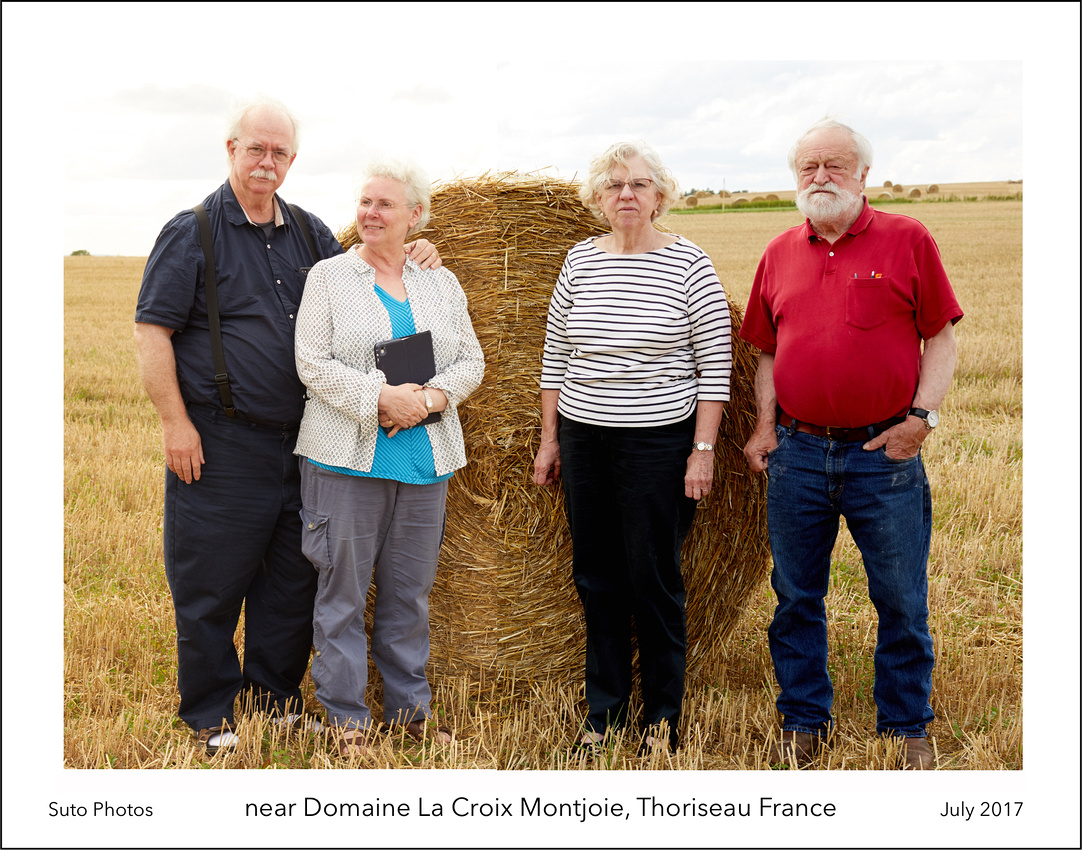 Their house is in a place called Les Menages, near Druyes-les-Belles-Fontaines Yvonne.  That part of Burgundy is agricultural, with winding roads, villages with streets wide enough for only one car in many places, and lots of fields with wheat or sunflowers or other crops. The wheat is being harvested now, and many fields were dotted with large round bales of straw. I now know that straw is the part of the wheat that is left after the wheat berries are removed.  You can put it in a barn and it makes removal of the animal poop easier or better in some way.  The houses and villages are very old. We visited a church in Vezelay which was big and old, but still functioning as a Catholic Church. They let visitors come in and photograph it. In the crypt is a spot with some part of the remains of Mary Magdalene.  Let's just say I am skeptical of that claim.  But the church was quite spectacular.

There was obviously not much money being made in that part of France. When we drove about, we encountered relatively few cars, and many buildings were showing their age, not in a good way. The supermarket we stopped at was not super. Most of the people we saw were older. The villages had very few people in them, and they all looked like traditional French families. There was no immigration issue there. 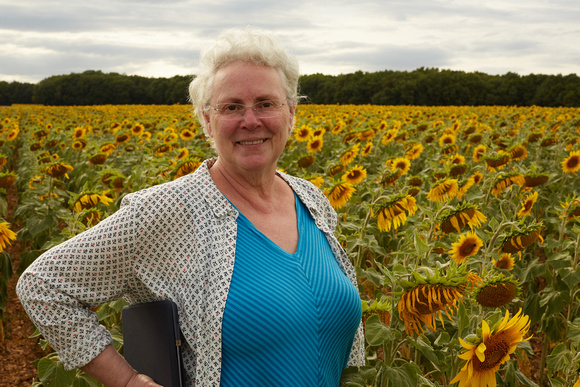 the sunflowers, nearly mature here, had virtually NO WEEDS!  Hmmm.  How did they do that?  And the plants were quite regularly spaced in straight lines in a neat grid.  I think we saw millions of them. Then it was back to Amsterdam.

**Paul commented, not that he is competitive about his crossword prowess, "Thanks for the picture and the kind words.  But I want you to know  that after you left Saturday morning, I went back inside and finished Saturday’s crossword puzzle. It was a tough one."