We took simultaneous photos of each other.  Susan and were on Texel, and island on the north end of the Netherlands. You can get there from Amsterdam by taking the train from downtown Amsterdam, then a bus (or walk) to the ferry, the take the ferry to Texel, then take a bus on Texel.  Since we have no car and we are very thrifty, that was great.

Texel has dunes and beaches.  They were similar to Cape Cod beaches, so fantastic in my opinion.  We saw only the ocean side, so I cannot compare the bay sides.  The sand Texel might be considered better than Cape Cod. It is very find and soft to walk on.

You can rent bikes and cycle along bike paths through the dunes. We did just that, and reached a place where we parked and walked toward the ocean. There is a spot where bird-watchers like go, and we met some Dutch vogelaars there, three brothers and a brother-in-law.  They had among them a beautiful telescope, which they let us look through.  Much better than the one we have.  We saw, among other things, spoonbills (lepelaar), a cousin of the roseate spoonbill that we have seen in Florida. Beginners luck maybe.

We cycled too far for out-of-shape and out-of-practice people.  Susan fell off her bike on the way back when she hit a patch of mud left by a machine that was cutting the bike path for some reason unknown to us.  But she has recovered and may bike again. 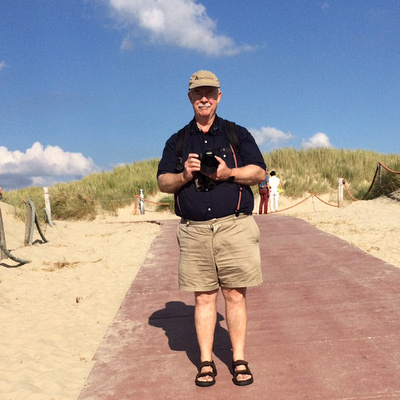 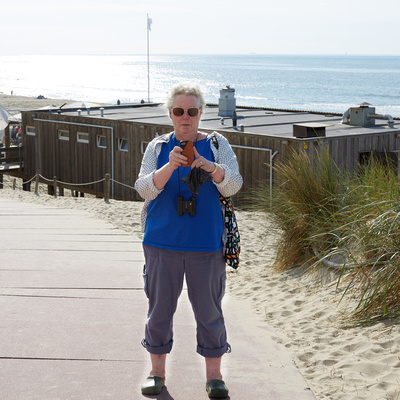 Texel has its share of kitsch, as you can see.  Like Cape Cod does. Cape Cod has the National Seashore that protects some of the beaches.  The kitsch is kept back from the dunes and beaches, so Cape Cod has that advantage.  But overall, it's a fantastic place. I want to return in the winter when it will be free of visitors and will be gray and windy I suspect. 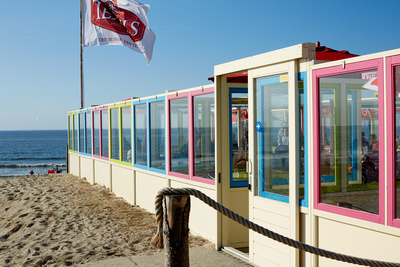 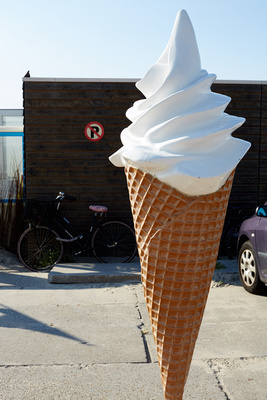 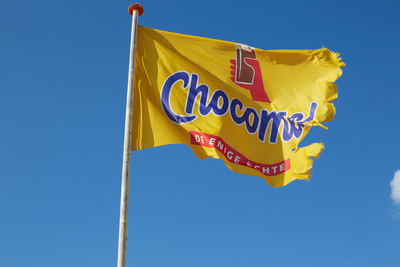