Here's an update.  Mosul has been largely destroyed.  Here is one of thousands of photographs showing the horror and suffering.

Mosul after driving ISIS out. July 17

(I do not have permission to repost this photo, but I hope they do not mind. http://www.independent.ie/world-news/middle-east/powerful-photographs-show-moment-people-cross-from-isiscontrolled-mosul-to-iraqi-soldiers-35503450.html).

I am sure that the girl below had no idea how much worse things were going to get. I wonder if she survived and where she is.

There have always been bogeymen. Some have deserved the condemnation, some not. Political leaders need some great evil to fight against. Even informed and interested citizens will have a hard time assessing the true risk of enemies. But ISIS seems to have earned and to deserve all of the condemnation.  The extent of its cruelty is shocking, the antipathy to the most fundamental values that make the US and liberal western democracies the wonderful places to be that they are, and its willingness to subjugate others against their will, show ISIS to be an evil organization and justifying war against it.  The photo above gives us one tiny piece of the destruction and suffering caused by it. I cannot understand how it has been able to appeal to others to voluntarily join it.

Thanks to the many photojournalists who have shown us what refugees from the Middle East look like. This girl lives in Mosul. This picture was taken by Laurent Van der Stockt and I photographed it. Many European countries have accepted large numbers of war and environmental refugees.  Some countries, even the wealthiest one in the history of humanity, have done very little.  I am ashamed of the cruelty shown by my country toward refugees. 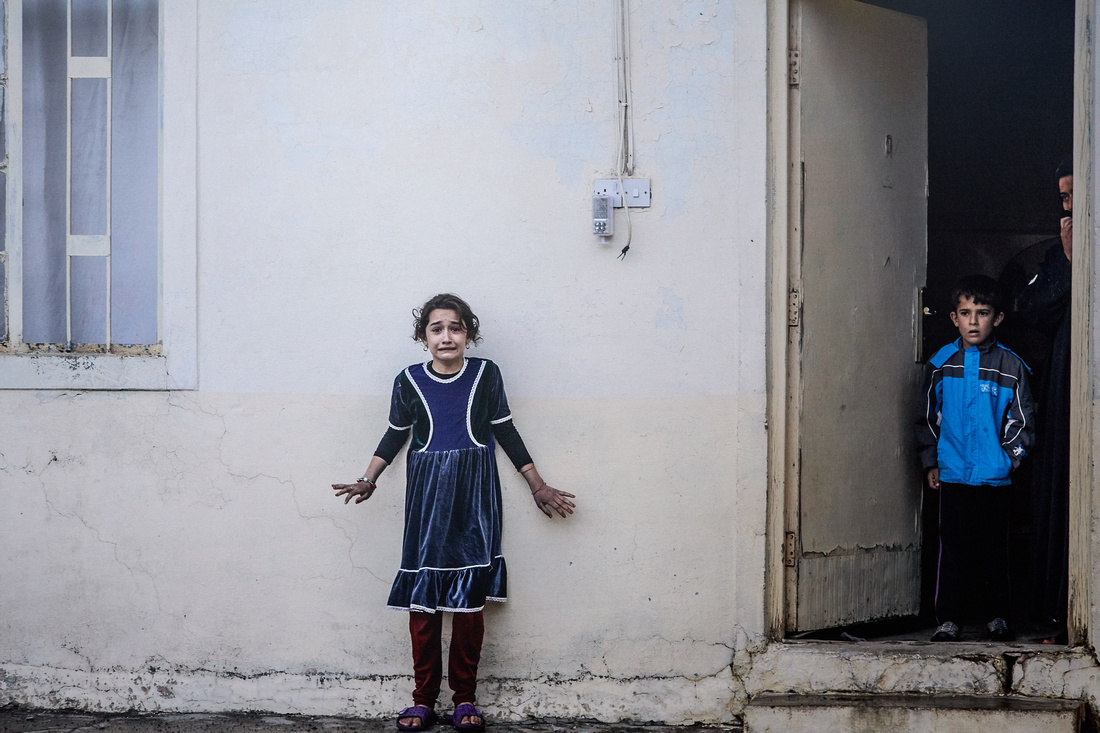