To watch Ajax (eye-ox), soccer lovers showed up in tens of thousands on and near museumplein until the police declared it 'vol,' or full.  So full was it, that the liefhebbers climbed any and everything in sight to get a view of the screens. And they drank, smoked, peed, barfed, broke windows, smashed bottles in the street, hopped a lot, set off smoke flares and flare flares, and littered.  Only 30 were arrested for setting fires, public intoxication, and insults.  How the other 100,000 drunks avoided arrest, as well as the person who took a dump on the sidewalk, is not clear. 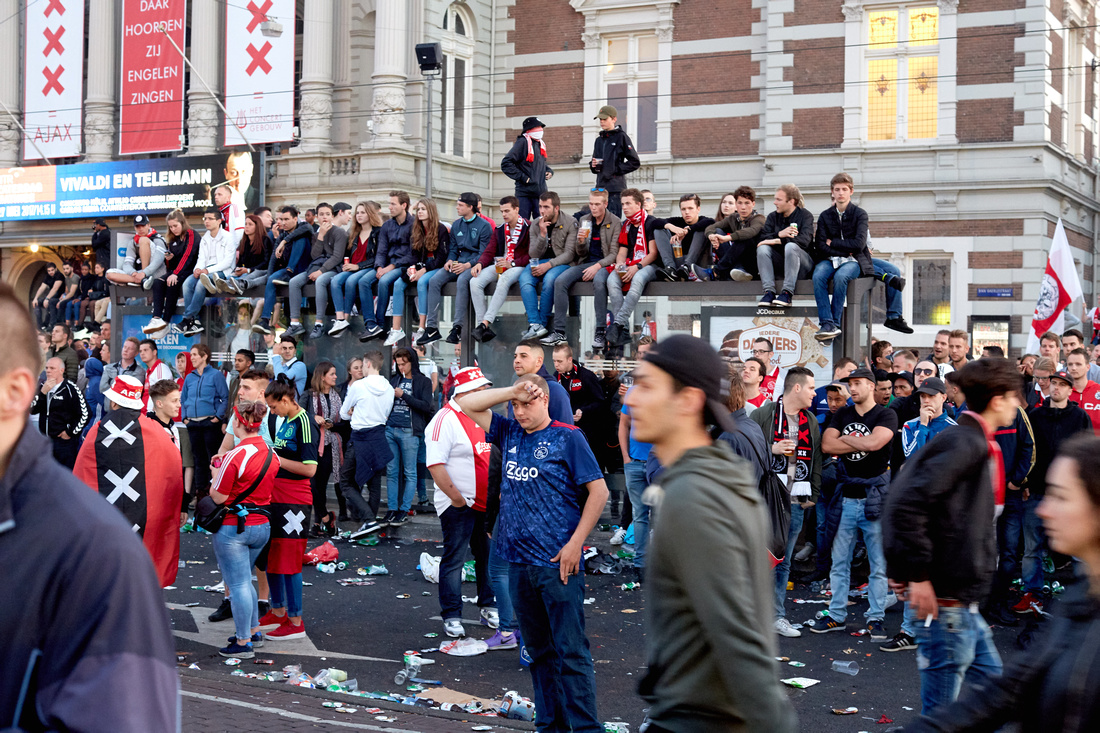 These are some of the fans who could not get into museumplein, which had been fenced off, and here is some of what they left behind (maybe they need a litterbug campaign/Blijf Nederland Mooi): 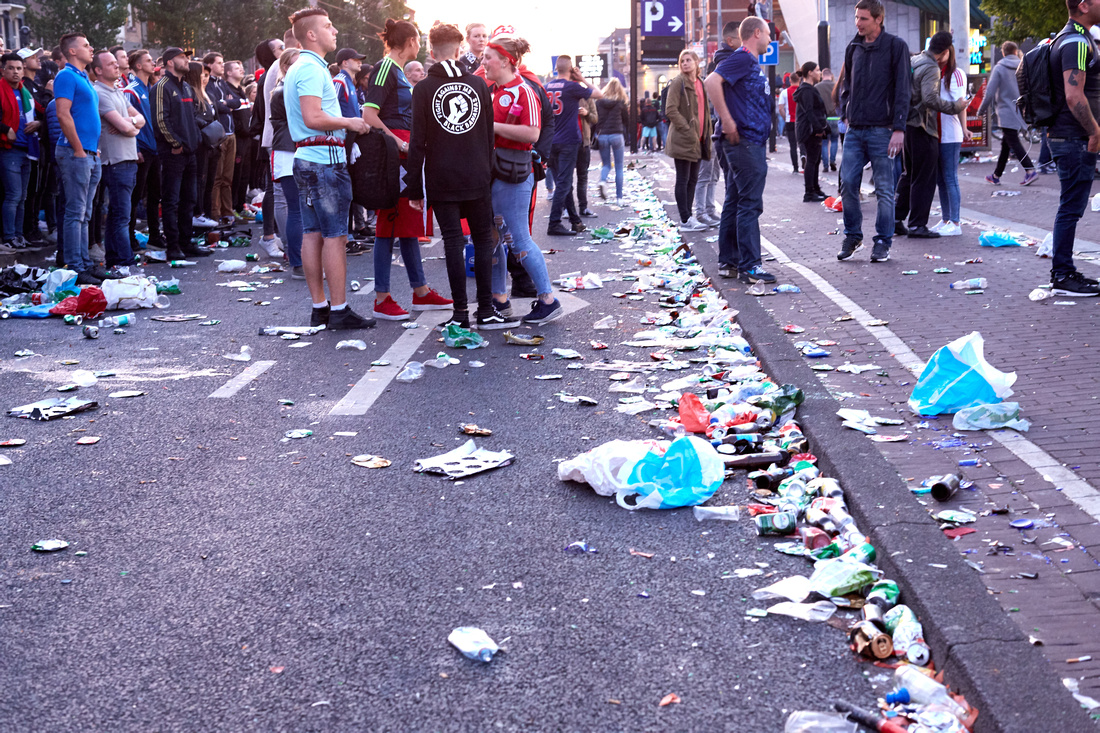 I maintained my perfect lifetime record:  I have never watched a soccer game from start to finish. Ajax lost this one; I have no idea if they played well or not, whether the game was competitive or not, or what the knowledgeable fan thought of the game. While I can read Dutch slowly with the help of a dictionary, I did not get through any newspaper articles about the game. If Ajax had won, there would have been a 'party' on the Museumplein on Thursday evening. So, for purely selfish reasons, I don't mind that they lost.