Fence and Speaking in Tongues 4 June

The first time I discovered all on my own that something someone told me was not true was in about 1953 or 1954. I was 3 or 4. I had seen an ad on TV for Jets cereal. Kids who ate Jets were able to fly. They just ate the cereal, went outside, started running, and jumped up and flew.  I thought that was true; so I ate the cereal, went outside, ran and jumped, but gravity worked as it always did. Since then, I have discovered many things that people told me are not true; at least my experience seems to contradict them.  Supernatural beings, for example.  I have never found even the tiniest reason to justify believing that there is a supernatural being with infinite power, knowledge and who loves us. If that were true, I would conclude that he/she/it is some kind of cruel bastard.

Nevertheless, I would still like to have a miracle every once in a while.  More money, or better looks, or freedom from pain or anxiety or sorrow.  My latest wish is associated with Pentecost, the christian myth that the Holy Spirit, one of the trinity members, came to earth and enabled some people to talk in tongues, but where they were understood and could understand.  Since I have been studying Dutch since last October, I long for a miraculous expansion of my language skills. Enough daily study, learning vocabulary, grammar, pronunciation, idioms, manners.  I just want to wake up and have a miraculous improvement in my language skills. I want to read and understand with ease great Dutch poetry and prose.  I am going to sleep shortly, Saturday night before Pentecost. If I wake up tomorrow with this fluency in Dutch, I will have to look into the causes.

Oh yeah, the photo. I like the color and geometry of this fence. They keep putting up and taking down fencing on the museumplein for events.  I never even saw what this fence was for, but I liked the photo.  It does not tell a story or have any secondary meaning. It is just itself. 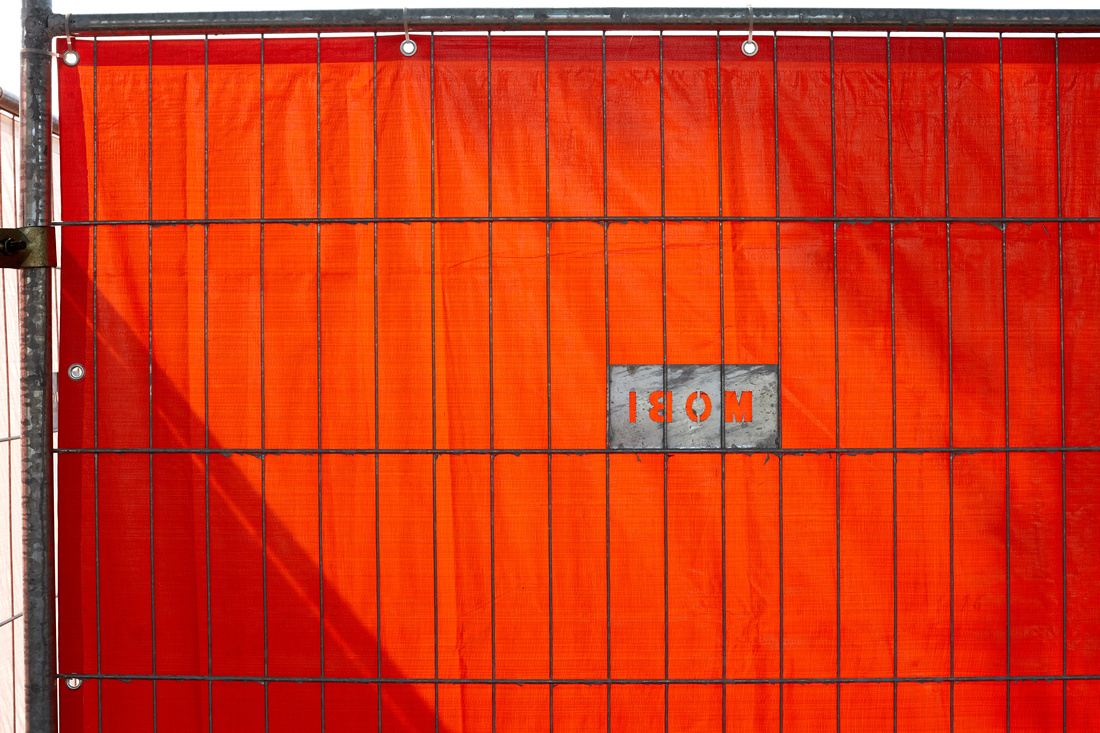