More than 100 million people this evening are watching the European Song Festival on TV.  Three hours with no commercials.  Yodeling, singing, guitar playing, beefcake dancers, orchestras, shiny costumes.  Twenty-six countries, including Australia, have one person in tonight's finals singing an original song. It's a slick performance that looks a lot like American Idol. And everyone sings in English!  More evidence that English is the world's leading language.  The screen shot is Demy from Greece, a beautiful woman and an accomplished singer. But what's with the beefcake?  BTW, ABBA won in 1974. 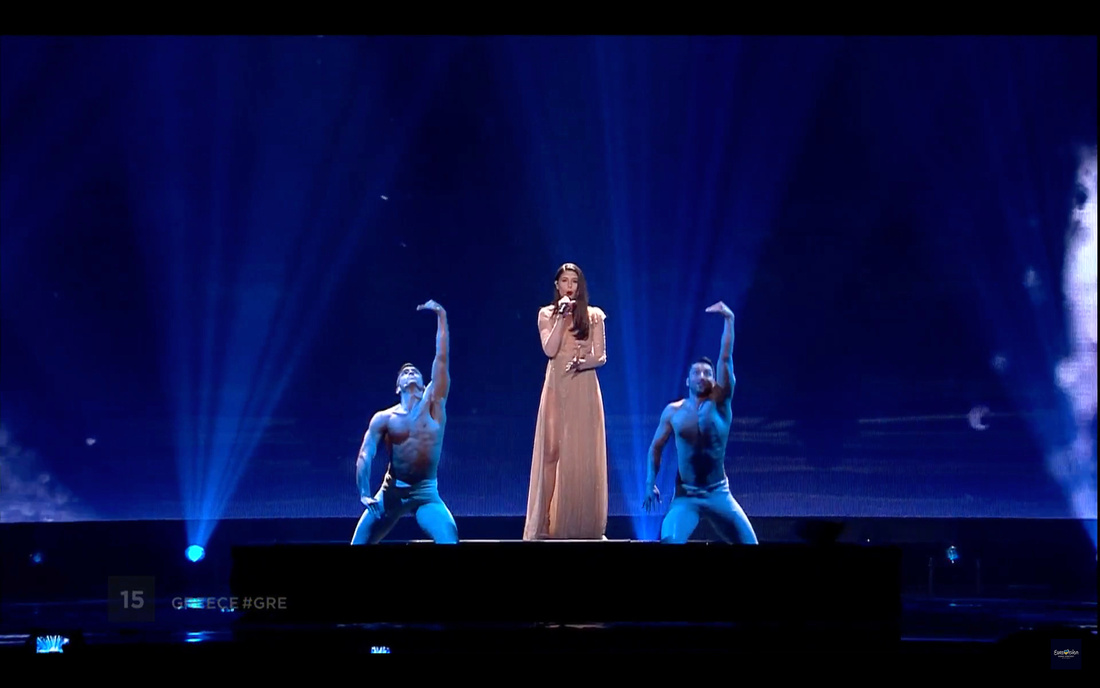