Morris Koffman and Rosalyn Goldstein grew up in New Bedford, Massachusetts. In March 2012, Susan and I visited to New Bedford and took some pictures from the neighborhoods where they lived.

Morris lived with his mother, Pauline Koffman, a caterer, at 153 Penniman Street. The block where that house was located was drastically altered by the construction of an exit ramp for Interstate I-140.  The ramp was constructed on the north side of the street, so all of those houses are gone.  But many of the houses on the south side are still there, but in poor condition. One was boarded up.  Two blocks up the hill was a house that, according to Susan's memory, was similar to Pauline's house.  They were nice houses.  Across the street was a laundry and a public school. The laundry building is now part of another business. The school is boarded up, but the property appears to be part of a small manufacturer that makes traps. 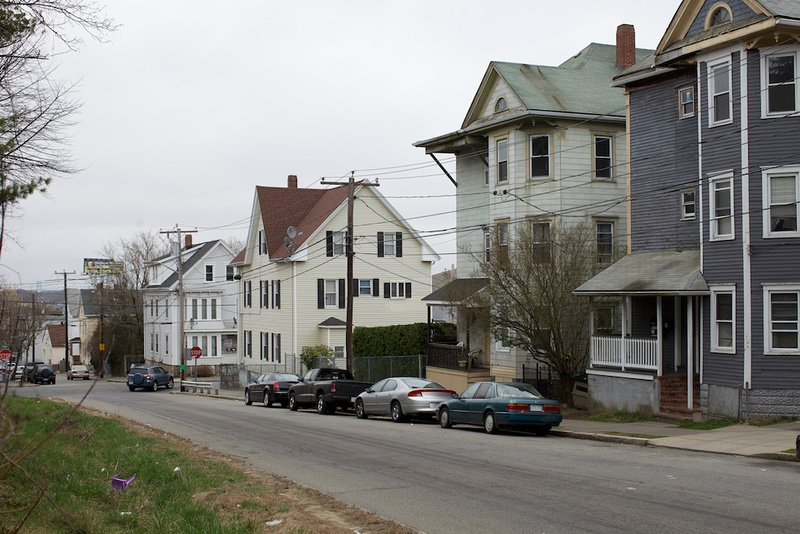 Here's one of the houses: 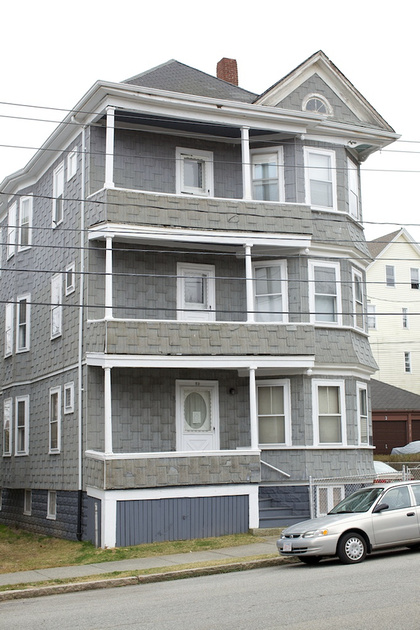 The 1930 census lists Pauline (Bubbe to her grandchildren) Koffman, age 42, as the head household with four children, David, Hazel, Percy, and Morris (age 9).  Also listed is Wolf  Schwartz, Pauline's father, age 66, at the same address. Wolf is listed as a widow. Her husband, Louis, had died when Morris was 7. Both Pauline and Wolf show Russia as their birth place. Wolf is also Nancy Rakatansky's great-grandfather, just as he is the great grandfather for Susan and her sibs.
Here's the laundry, now another business: 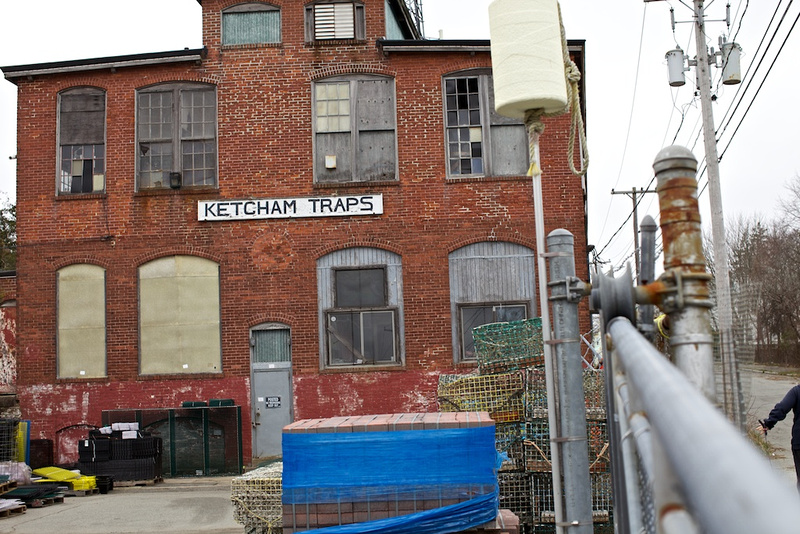 Susan recalls that Morris worked at a laundry when he was in high school. This would have been right across the street from his house.  Here's another view: 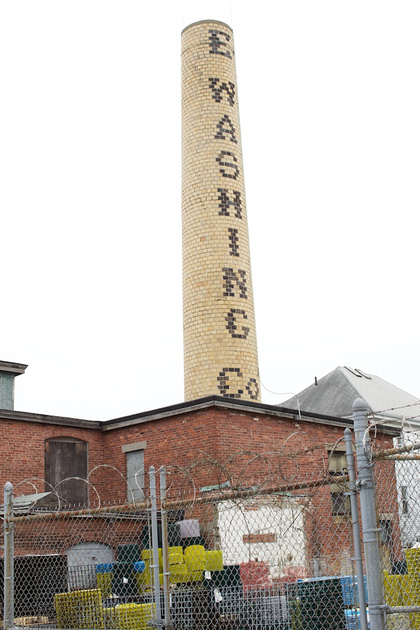 Here are two views of the school on Penniman. One view shows it on the corner of Reynolds and Penniman. 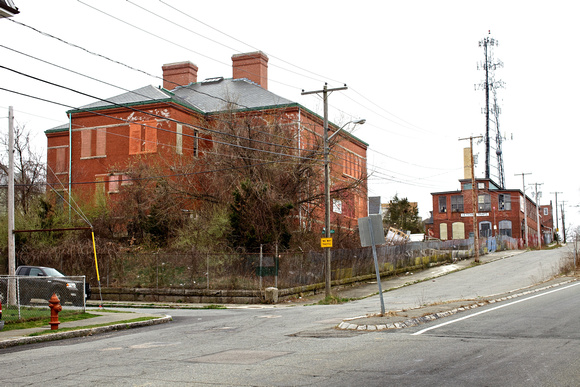 You can see the laundry up the hill on the left.  On the right is the ramp that comes off of I-140. The Koffman house was on the right up the hill and across from the laundry building.
Here's a view from above the school looking back down the hill.

Here's a house, in very nice condition, further up the hill, at the corner of Penniman and Mt. Pleasant Street, that would have looked something like Pauline's house. Her house had three floors instead of two, and was certainly not green. 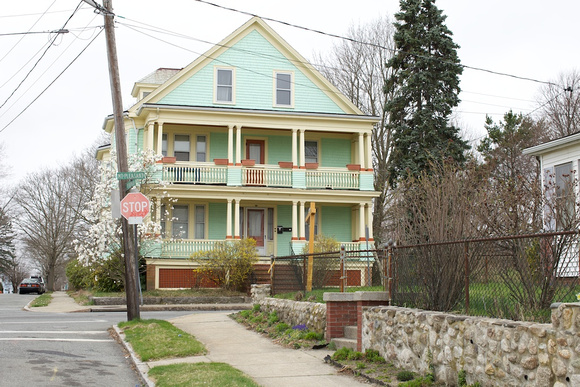 Kenyon Street is a different matter.  The block where Rosalyn lived is completely gone. There is only one block left from Kenyon Street, and it is not nice.  We found a tire recycling facility, trash in the street, abandoned lots, and one really snarly little building, but photogenic.  Here are some views at Kenyon Street. 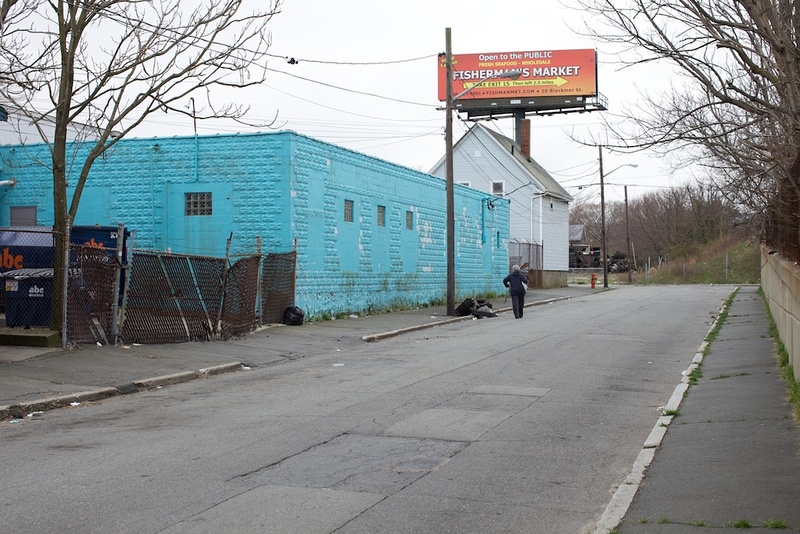 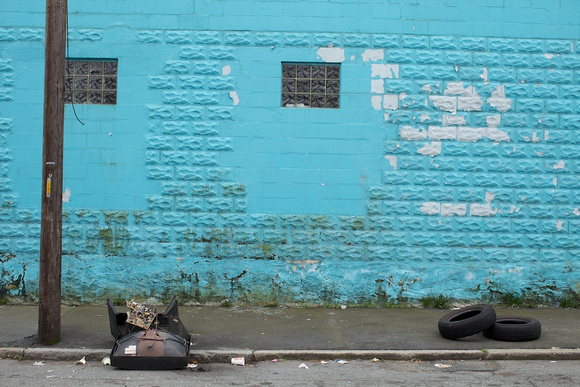 South of these neighborhoods, there is large relic of New Bedford's past glory--an Orpheum theatre.  It opened April 15, 1912.  There is a big prize for anyone who can remember what happened that day. 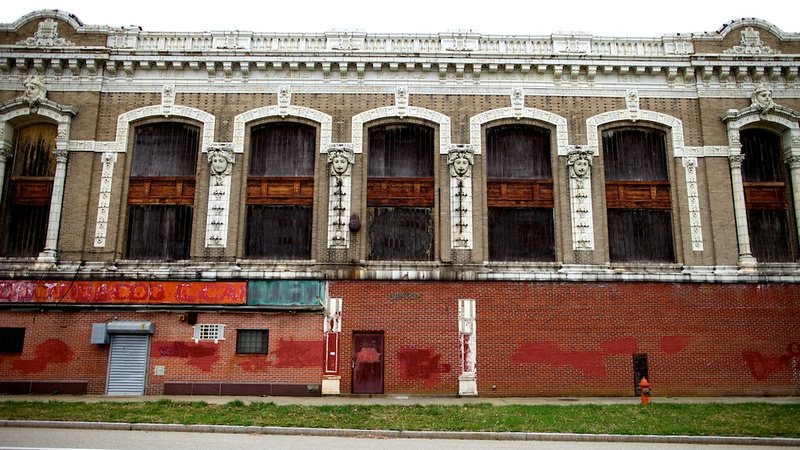 If you have any history to add, leave a comment.
Keywords: Bedford, Goldsteind, Kenyon, Koffman, Morris, New, Penniman, Rosalyn
Next Post »

Linda(non-registered)
I thought the address for Bubbe Koffman was 334 Penniman. I haven't thought about it in a very long time, but it feels closer to her address. The laundry was right across the street and the school was a few blocks away on the other side of the street. When the site for the 1940 census becomes less busy, I want to try and get info from it.
Thanks for sharing these pictures.
Suto Photos
Thanks. I corrected the date. What else happened on April 15, 1912?
Susan Koffman(non-registered)
On the Orpheum Theatre contest: Tom means that the Orpheum opened on April 15, 1912 (the 2012 is, of course, a typo).
No comments posted.
Loading...
Subscribe
RSS
Recent Posts
Ann in Amsterdam What I Said When I Retired from Smith Duggan Nieuwjaar Dag 2018: Gek Vuurwerks Amsterdam Motif Hortus Botanicus Leiden Amsterdam Winter Solstice Dark, Rainy, and Windy Texel vs. Cape Cod Dissemination of Knowledge Strange Fruits and the Virtue of Laziness in Moderation
Keywords
Papillon bath dog Bedford Goldsteind Kenyon Koffman Morris New Penniman
Archive
January February March April May June July August September October November December
Thomas G. Cooper
Powered by ZENFOLIO User Agreement
Cancel
Continue